There were three words for 2010: kindness, handicraft, and infrastructure. Not a resolution, (since those only ever generate overwhelming inadequacy; my list of projects and improvements is so much larger than one woman can ever do in one lifetime) but words to live by.

handicraft - became: a year of textiles rather than metals 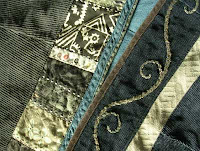 There was quite a bit of sewing in 2010, mostly clothing, as I refurbished my scant wardrobe with newly made or re-made garments. This was handy for the two big online sewing activities: Me-Made-May, and Self-Stitched-September. The challenge here for me was not the sewing part, but the self-acceptance to clothe the body I do live in (Little Teapot), rather than the imaginary self. I seem to have been able to step outside of the whole fashion idiom to simply walk my own personal style path. Over the course of the year: nine dresses, seven pinafores, four tops, and four hats (two from Goretex)

Knitting was is transit-riding-calming, and as transit takes quite a bit of my time, quite a bit of knitting gets done: nineteen assorted projects this year. The biggest project was the blue vest stripey vest for me, the most complicated was the tea cozy, and the most fun was the jellyfish. 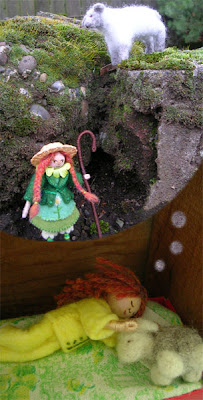 There was additional artisanry during the year, including a fair amount of embroidery, and toymaking (that won a contest) among other activities, though not anywhere near as much enameling as in years past. The falling dollar combined with the stratospheric rise in metals prices, multiplied by the stagnant economy, equals not a lot of jewelry work.
≈ : ♥ : ≈ 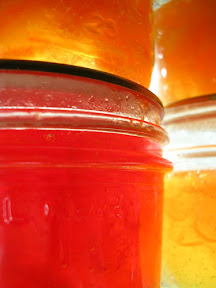 Preserving: is it a handicraft, or is it infrastructure? ...seems somewhere in between for some reason, but whatever... a lot of it happened this year, which was structured by the year-long preserving challenge Tigress's Can Jam. Preserving food safely is a good skill to learn, pantry shelves full of tasty local foods helps add another layer of resiliency to the sustainable life that is my goal. By December, the process of putting up fruit and pickles in various forms had become quite comfortable, and an activity that will continue to be integrated into the cycle of the year here.

The linens shelf in the bedroom finally happened, and adds great functionality as well as being a transitional design element

A new low-flow, dual flush, comfort height commode is a step towards transforming the bathroom.

The bedroom wall cabinet/peg racks were another "Needs-Fixed-November" project, and are in daily use. Being able to see my earrings, my necklaces, with comb, mirror and hairbands right there in plain sight, really helps my morning routines.

Almost finished priming the porch columns and roof underside. Learned that overhead painting necessitates taking it slowly, or else taking time off is not optional. (next year, only paint for an hour or less at a time each day)

The day before the end of the year, a new small front loading washing machine replaced the huge water-guzzling top loader that was originally here. 15 gallons instead of 60 should make quite a difference. 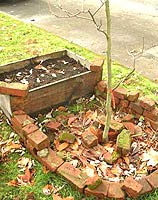 Made a small garden bed next to the persimmon tree out in the parking strip, and planted the four garlic that made it from last year there, protected by half inch mesh. Hopefully that will deter the squirrels and jays from destroying the garlic before it sprouts, and 2011 will have enough garlic to eat as well as to plant.

≈ : ♥ : ≈
kindness - towards myself and the world around me...
Hmmm...Taking better care of myself (internal kindness) is still a challenge. Some things are shifting, and external awareness and communication continues to improve. However, I know what my intention was with this, and it really still needs improvement.
≈ : ♥ : ≈
Overall, 2010, despite the lack of steady full-time work, was a year of more progress than setback, more creation than devolution. There were fun online swaps, and travel to share celebrations with dear friends. There was another enameling demo at Art In The Pearl, and a cloisonne teaching workshop with my new student A, who has made open studio time a delight. There was the beginnings of greater connection within the neighborhood here and most of all there was always time to notice the small everpresent beauty that fills the world, the life that we all share. 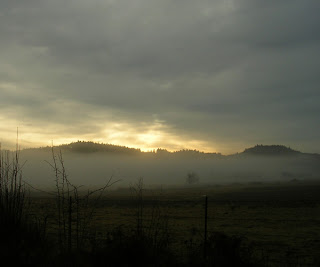