in which our plucky heroine stretches the comfort zone, just a bit...

Rode my bike to the bigger grocery store yesterday. It was weird to be there, and not entirely pleasant. Too many people. Plus when did they start having an armed guard near the entrance?...

I did see some interesting things while out and about, though... There are three new trees planted behind the elementary school, with fairly large cutouts made in the otherwise entirely paved playground which comprises the fenced area for children. I saw a young man with an odd backpack that had screened sides and a large "porthole" where the flap would usually be. As I rode past I asked if they had a puppy inside, but instead, it was for their cat! (who peered out through the side at me) 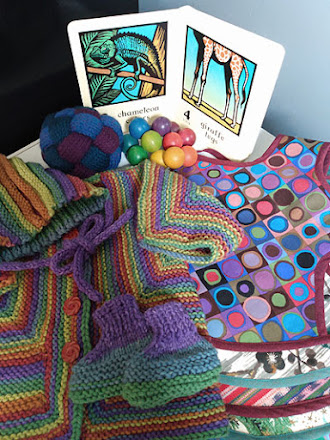 Finished making up the baby baprons as part of the gift package (handknit sweater, hat, and booties; baprons; squishy ball; rainbow beads; board book) for Future Child of Heather and Brandon... Next I think will be a blanket, once I figure out if it wants to be patchwork, or blockprinting, or ??? (fortunately the baby isn't due til October) 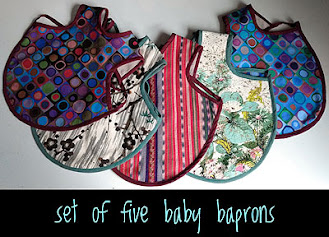 ※※※
Perhaps some unknown bug (I suspect tiny arachnids) has been biting me while I am sleeping, or while I am out in the yard, or something, ever since Monday. Nasty welts like mosquito bites, but different. I seem to recall this happening a few years ago, with inconclusive results. More welts showed up this morning.  Benadryl creme, and green clay, are my friends. 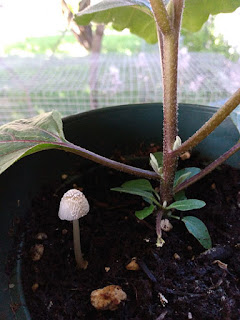 Ugh! taxes time... Found both the missing SS paperwork, and the missing accounts reciepts (not that there are many of them, 2020 was a year of minimal business, since most of what I do requires in person activity) Here's hoping that finding and downloading the forms will be reasonable and simple... well, a girl can hope, eh? ... and, in a fit of brilliance, I called the Library. They had most of the forms I needed, and the ones they did not have on hand, they made copies of for me. They are not open to patrons yet, but there is a clever interactive window-barricade set into the door frame there, where one can drop off books and pick up holds.

today's gratitude - today the tiny 5mm snaps I ordered from Etsy finally arrived. And, an unexpected lagniappe, a package of tiny lace as well! I had been thinking about the new miniature wood stove tutorial from Ann Wood, and how I definitely have egg cartons and loo roll cores, but nothing at all like tiny decorative lace... I foresee a tiny wood stove for Caer Cardboard.