in which our plucky heroine notices plus ça change, plus c'est la même chose...

Small joys are still allowed, and in this difficult time, may help us hope for a somewhat brighter future. I don't know. Maybe those who are lucky enough to come of age in a bright if flawed world always look backward with regret, saying "we had a chance to do it right" even if all the force arrayed against that was too strong. I have been saying for years, that there are a myriad of ways to run a planet well, why on Earth have the collective we chosen to do it wrong... Still, this is the world we have now. This is the time we live in now. Stay safe, stay apart (for now) stay healthy. Do what you can find to do to shift the balance to sanity. Love. 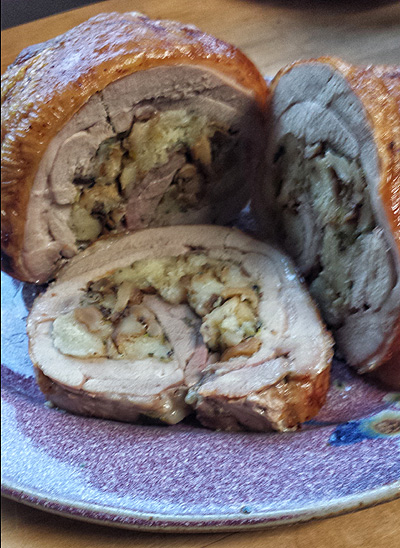 I think it counts as creativity, as it is a new thing, and besides, I created the stuffing mix from my own imagination and the ingredients on hand! Technically this is for tomorrow. Turkey thigh roulade: I de-boned a turkey thigh, butterflied it, and made a stuffing with sourdough bread, herbs and green onions from the yard, and some of the oyster mushrooms that Nicole gave me earlier this year... rolled the whole thing up and roasted it for almost an hour and a half at 350° in the lil convection oven


a few weeks ago, I found "Dance The Eagle to Sleep" in a local Little Free Library. It is one of the few Marge Piercy books I'd not read, though I've been around and through her poetry often and some of her novels repeately. It was published in 1970, as a kind of near-future history relating to the new left and countercultural activity, and while some of the language is dated, the concepts dealt with are strongly and sadly still relevant fifty years later down the road

“People were not getting back what they wanted for their sold labor. Taxes grew and services shrank. Prices rose and quality decayed. Everywhere people felt used and betrayed and coerced and cheated.”

"Some of the academic ex-radicals took the position that unrest among the youth would provoke fascism. They wrote about fascism as a dramatic change, a cop d'etat, the Pentagon marching on the White House. None of them imagined that it could come in like the morning paper, that it would be just the same families maintaining themselves in power by slightly different means. No swastikas, no eagles other than the Bald Eagle rendered extinct through DDT: only the American flag. No SS, no storm troopers, no blackshirts: only the regular police armed with tanks and gases and high explosives and trainging in riot control. They did not see that black people and kids already lived their lives in a police state."
※※※

today's gratitude - I have excellent friends! This morning, I awakened to a knocking on the front door, which turned out to be the postman, who had left a package for me from my friend Luz Clara. She sent me several yards of delightfully striped and patched japanese fabric, very boro-esque. I plan on using it for either a pinafore, or a loose lagenlook jacket. Not sure if I will leave it all black/stripey, or overdye in a light indigo, or taupe. Leaning towards light indigo. As an extra treat, she included a package of titanium strips for making soldering tools, which is a definite impetus for me to clear away the clutter on the workbench 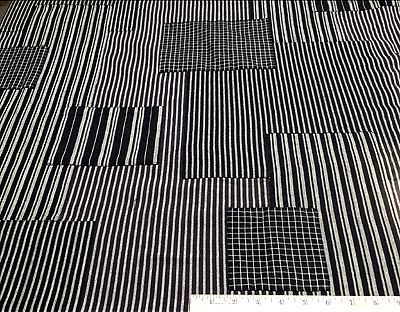