in which our plucky heroine grasps for equanimity...

I've been spending today trying not to think about tomorrow. Managed to get about half of what I'd hoped to accomplish today completed. A bit of yardwork, a bit of housework, and a bit of artwork... well begun anyway, though nothing is completed

I remain pleased with the new tools from Lee Valley, the folding pruning saw has already made a difference, and the dripless oil dispenser is, in fact, exactly as described, so much so that I am rather tempted to get a second one for tamari) 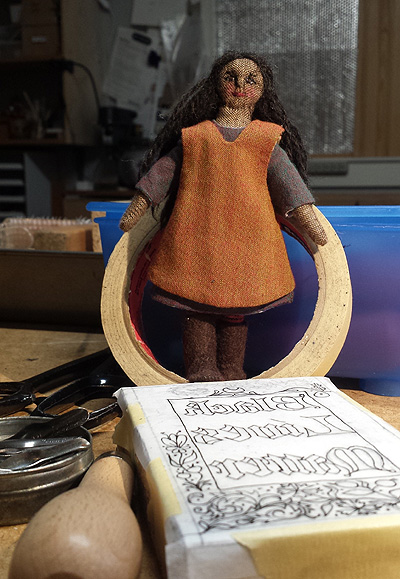 Nandina watches while I transfer my design to the lino block, before starting a new "Making Art For A Change" blockprint. This one is based on the various Black Hours manuscripts, with "Black Lives Matter" in Gothic style letters and a floral/foliated border. This is also the first time I have used Saral transfer paper, and it works superbly on a dark background. 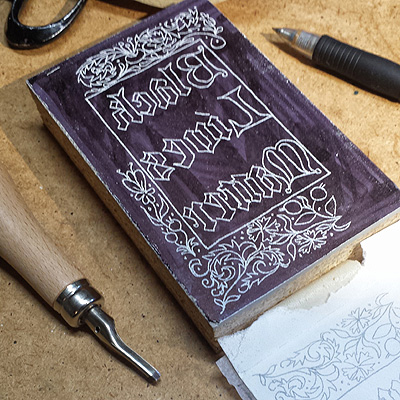 ※※※
Over the weekend I did find a piece of albeit rather thin linen twill in the fabric zone, too small to become a garment, and cut it up into five dishtowels. Since all the dishes get washed by hand here, and I also use them for any kitchen cleanup that isn't gross, I go through kitchen towels at a rather remarkable clip... 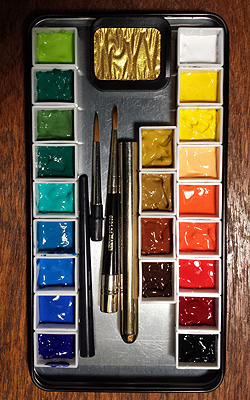 My new paintbox tin, with all the gouache colors, and metallic/mica gold*, and space for my two travel paintbrushes...

This winter I intend to focus on improving my scribal skills (calligraphy and illumination), and giving myself the small treat of a nifty paintbox was by way of a promise. The little half-pans are held in with magnets, and I stuck some to the back of the golden paint pan as well.

Three elaborate beads came from Ariadne, courtesy of Heather's previous trip down here in October, and I decided to restring the necklace she had made for me a number of years earlier. A has impressive lampwork skills, and, as I mentioned to her, now when I wear the necklace, it is like the hugs we cannot give one another are still around my neck warming my heart... 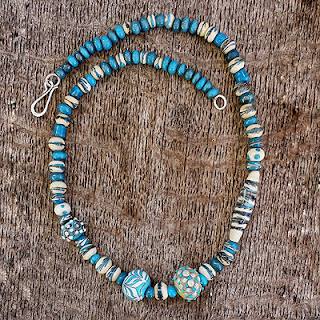 today's gratitude - the love and generosity of my friends surrounds me. Three different specific occasions in the last three days really called that to the forefront of my awareness, so when I wear my bead necklace, or cook in my new saucepan, or turn the heat up a bit to feel warmth, I remember the precious gifts and thoughtfulness that make that possible, even in this hard time when our hands cannot touch...