in which our plucky heroine is ready for a nap...

One thing I really wanted to complete prior to the weekend was a set of a half dozen new bigger baprons, for dear Kestrel, who keeps growing... She has outgrown the original ones I made when she was just a nurseling and learning to eat solid food, and now as an active young toddler, her parents say that if I wanted to make a few more than just six, that wouldn't be amiss. They are fast and easy to make, are a great way to use up small fabric pieces and apparently work Really Well. In fact, I am wondering about somehow adapting the concept for adult sizes, for those messy tasks.... 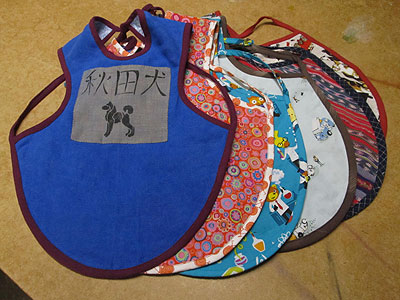 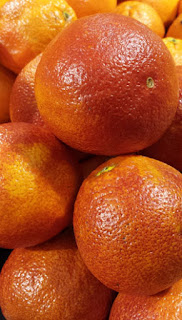 The final installment in the marmalade series is blood orange marmalade. This might be my favorite. It has a delightful complex flavor all its own; one recipe made eight 4 oz jars and two 8 oz jars, and now the section of the pantry shelves devoted to marmalade are full up.
※※※
One surprise when Isabel arrived was that a visit from Jarvis was part of her plan... Jarvis, you must know, is her Roomba. I have never before experienced the helpful robot vaccuum, and I must say that I was mightily impressed! While she dragged me off for an Ethiopian dinner at the wonderful Enat Kitchen, Jarvis cleverly made a go round of the public spaces here at Acorn Cottage. I was both pleased and horrified at what a difference his labors made. Now mind, vacuuming the carpet happens here fairly regularly. But I don't have the sort of rotating beater brush on my wee little vacuum, and we ended up running the Roomba three more times!! The new plan is to have Jarvis accompany her on future trips here, so he can work his magic while we do other needful activity

※※※
February 14th is one of my least favorite holidays... If only I lived in Finland, if only for that day... read about "ystävänpäivä"

※※※
in addition to running various errands to pick up things like decorative wood trim for the bathroom, and cardboard from Ikea and Costco, Isabel and I found time to declutter and reorganise the entryway cupboard, and the backdoor hardware shelves, both of which have been rather terribly messy for years now. Various bits of formerly missing tools have been rediscovered, I have, in fact, several sets of allen wrenches, and the sorely missed pump drill has been put back next to the workbench where it belongs! Mystery hardware funkitude has been rehomed. Like bits now stored with like bits, and everything has been dampwiped and dusted. Exhausted now!!