in which our plucky heroine attempts to focus on the everyday good, mostly...

My chickens are gorram special. I just spent several hours wandering around in the dark (with a flashlight) trying to find them, since they were not in their house tonight. Flew over the chookyard fencing. No apparent signs of any varmints, just sheer cussedness on their part apparently. One was sleeping in a wet planter pot instead of the nice dry chookhouse. The other one had not only flown the coop, but also the yard fence and was hanging out in the carport with the assorted lumber scraps. I am not amused. I am going to have to create a more enclosed habitat for them. Somehow. It may involve giving them less space temporarily.

※※※
Read that Stitcher's Guild is likely to return to active status maybe as soon as tomorrow... I can't wait. After eleven days, I really miss the ongoing "chatter" in my favorite corner of the virtual world.

※※※
Am continuing to sort through the assorted fabric pieces stashed in the textile/guest room. So far have filled up 5 1/2 grocery bags full to re-distribute or discard, and may have passed the tipping point between small pieces to keep and those to leave. (small pieces being defined as pieces too small to make an entire garment from) I am keeping what is useful for edgebinding, or precious and beautiful, a few smaller knit pieces suitable for adding to my Alabama Chanin garments in the future, and a small assortment suitable for either SCA trimmings, or for next years holiday gifts. Oh, and anything indigo. Because indigo. 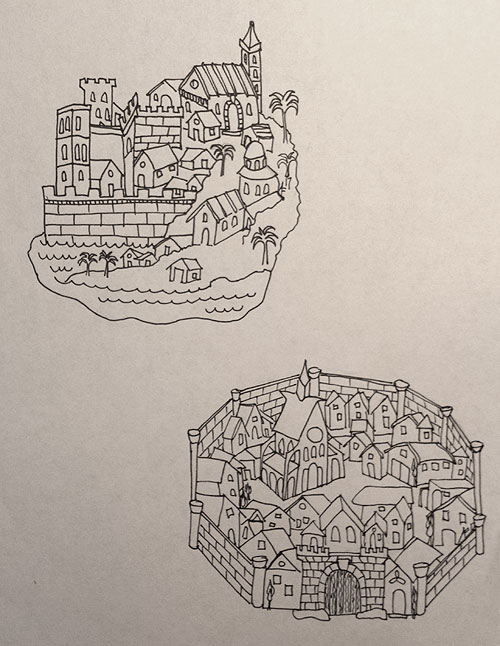