in which our plucky heroine notices rising winds...

It has been a rough week. Two friends passed away, and my very favoritest canine pal Toshi (who lives up with the Mud Bay folks) may be following them across the Rainbow Bridge soon. Somehow, rather than these deaths feeling like an anomaly, in the way the few previous ones in the last few years have seemed, I sense a hinge in my arc, and that now this is the part of the story where my cohort starts leaving faster and faster. The image in mind is the old animated cartoon where the pages on the calendar start being blown off faster and faster by a rising wind

Two days ago the roof above my workroom began leaking, and it is unclear what is causing the problem. Figuring out what to do and how best to deal with the problem, difficult in the best of times, is made infinitely more complicated by the gorram pandemic. Still, I am still here, still above ground, still reasonably healthy. My closest circle of family and friends remains intact, at least for now.
※※※ 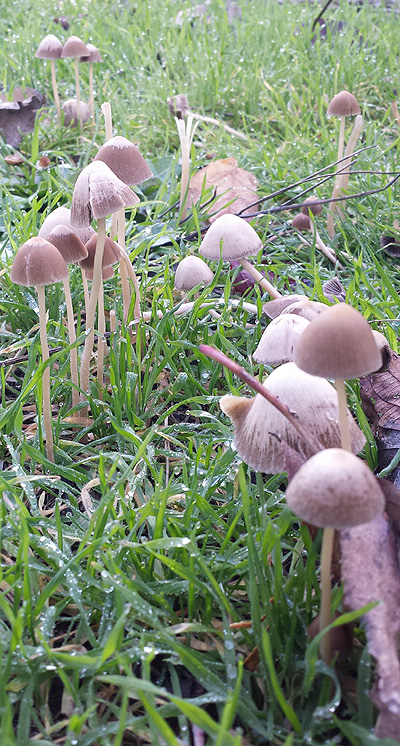 ※※※
There was adventure in cookery on Saturday - I took the "homemade pot stickers" class as part of the local online SCA event. Duchess Hlutwige was sharing her recipes, tips, and secrets for making them, and even though I have made my own previously, I learned a number of new-to-me details that will make a big difference. Her DIY wrappers worked out much better than the recipe I found online and attempted; these worked out really well. And I much prefer her "steam the napa cabbage" to soften it beforehand to the salt method I was using. There are now several containers full in the freezer, waiting for those nights when a readymade dinner will be a treat or a necessity.

I made more filling than the amount of dough matched up with, so tonight I attempted "scotch eggs" baked in the oven, as the difference between sausage and pot sticker filling is primarily one of vegetable content. The taste and texture was good, but there was what seemed to be some shrinkage of the meat layer possibly also because of the cabbage/scallion/cilantro content, and so the HB eggs rather burst out in a not very attractive way. Still, I am most unlikely to be going to a pub for pub-grub, but scotch eggs are a nice high protein occasional treat. I'll try again at some point with actual sausage and see if it makes a difference. 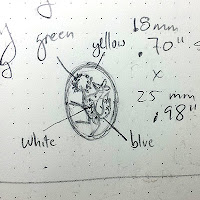 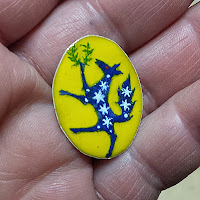 Last week I spent two days working on a sample enamel for a potential project, to find out if it was possible to get that level of complexity in a piece only a bit more than an inch tall. It is, but it was quite challenging.

today's gratitude - I returned this week to Stitcher's Guild, where I formerly spent a LOT of time. It had occurred to me that, in this time of plague, my simply dropping out could have seemed something much more dire than mere lack of sew-jo mojo. In fact it felt rather good to return there, as it is once again SWAP planning time, and while I do not intend to sew eleven garments, since I certainly do not need that many more, SWAP season is also a segment of my year-wheel. I also am back in touch with my online-to-IRL friend Claire, and we are going to do a wee small sewalong together. I actually purchased a pattern, a different style of pinafore, with some interesting seamlines and a "workwear" aesthetic; Claire had found the pattern online and wanted to try it.